UK Chancellor George Osborne has confirmed that payments made by banks to regulators are viewed as “a routine cost of doing business,” and are therefore “generally deductible for corporation tax purposes.” However, fines are not tax deductible. 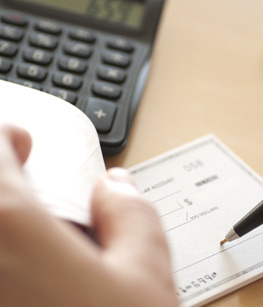 This ruling has consequences for all UK organisations. For example, the position on car parking fines is clarified as is the position on fines imposed for late reporting to HMRC – neither are tax deductible. The need for companies to be vigilant and to report to the HMRC on time is therefore heightened.

George Osbourne clarified the view that payments made by banks to regulators are a routine cost of business in a written response to the Chair of the Treasury Select Committee, Andrew Tyrie. These costs include “payments made by banks operating in the UK to regulatory authorities, to cover the cost of their supervision and oversight” and “to payments that banks make to regulators to cover the costs of specific investigations”.

Osbourne further confirmed that this position is consistent with payments made to regulators in other industries, including accounting, law, and oil & gas. Tyrie said that, “As long as regulatory payments are made by compliant and non-compliant alike, it is reasonable that they should be treated as a cost of doing business and therefore tax deductible. But in cases where such payments are tantamount to fines, they should not be tax deductible.”

This position on fines imposed by regulators also aligns with HMRC’s Business Income Manual, which says, “A fine incurred as a result of a trader’s infraction of the law is not allowable on the authority of CIR v Alexander von Glehn Ltd [1920] 12 TC 232, as it is not incurred wholly and exclusively for the purpose of the trade.”

The HMRC clarifies this further by stating that when the business pays, for example, a parking fine that has been incurred by an employee, the employer makes no income charge on the employee. It therefore runs that the fine should not be tax deductible.

The implication for all firms is clear: if a regulatory report is late, then the ensuing fine will not be tax deductible.

If you’d like to know more, get in touch with Briars Group today. We’re here to help.