National and international kart racing has been a passion here at Briars Group for a long time.  For over 7 years we have sponsored a Briars Racing team and you may recall our medal-filled report from the Kart World Championship in 2019.  As 2020 dawns, qualification begins for this year’s competition heats up and every event is a battle and a spectacle.

BRKC is British Rental Kart Championship, the only British qualifying series for the Kart World Championship (KWC). BRKC Drivers showcase their talent amongst a truly international grid, and in front of an audience of thousands via live broadcast.

Rental Karting involves competitors driving karts drawn from the host circuit’s fleet, to ensure parity, fairness and excitement.  The BRKC host circuit, Formula Fast, is “renowned for its kart parity, with regular fleet testing to meet a strict target tolerance of 0.2 seconds from the fastest to the slowest karts.” 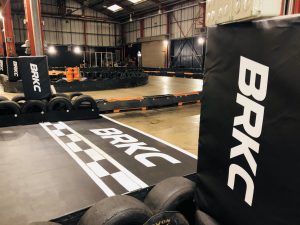 100 drivers competed in 2020, collectively holding no less than 35 National and World titles, including 6-time British Champion & 2 time World Champion Ruben Boutens from Holland and current World Champion Michael Schottler from Germany. Only 58 of the entries were British, with drivers pouring in from all over Europe and the USA.

“The BRKC is regarded as the highest level of Rental Karting in the UK, due to an extremely competitive field of drivers, a professionally managed championship – as well as the unrivalled prizes provided by the series”

The British Championship, with its livestream footage bringing in around 4,000 views per day on Youtube, and now available on radio via Motorsport.tv, is widely regarded as one of the best National events in the Kart World Championship series: but even by its own prolific standards the quality of drivers presented here surpassed even the World Championship in Charlotte, USA. 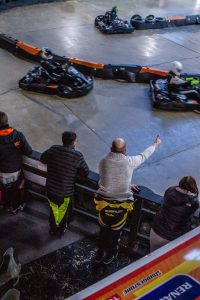 With only the top 10 of 100 drivers making it to the final our drivers found themselves in 8th (Sean), 11th (Ed) and 12th (Anwar). This was a hugely creditable performance and occupied the top 3 positions for the 58 British drivers competing, a fantastic effort!

Sadly there was no fairy-tale ending here as Sean came home in 9th in the final, but Briars Racing finished a very creditable 2nd place in the team championship which runs concurrently.

A fantastic result for Briars Racing and something to build on for the rest of the 2020 season!